Ignite Your Mind. Fuel Your Body. Spark Your Spirit.

People in Russia and some Asian countries have been consuming Chaga for centuries, claiming that it holds medicinal properties.

Chaga benefits are currently the subject of ongoing research; however, there have been studies in labs and on animals in the past.

What we do know is that Chaga contains many positive nutrients and antioxidants, which all play a part in keeping the body healthy.

Read on to learn more about Chaga tea benefits and why you should incorporate it into your daily routine. 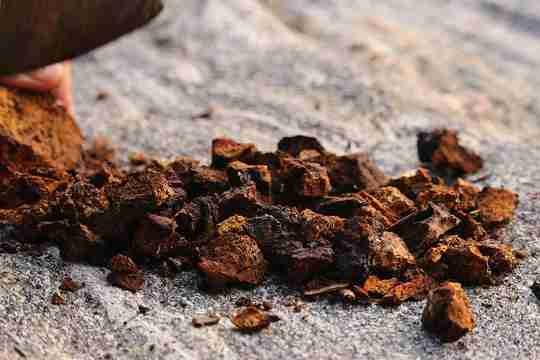 Slowing the ageing process: Many factors like stress, exposure to the sun and pollution can cause physical ageing. These factors cause the number of free radicals in our body to increase, which is too much for our body to handle. This can result in wrinkles, grey hair and sagging skin.

Chaga is full of antioxidants which fight against these free radicals and consequently may assist in slowing down the ageing process. Although no specific studies have been done to correlate Chaga and ageing, its effectiveness in fighting free radicals and oxidative stress suggests that anti-ageing could be a benefit.

Lowering cholesterol: The antioxidants that Chaga mushrooms contain have been said to reduce low-density lipoprotein (LDL) – the “bad” cholesterol. The study by Liang, Zhang, Sun and Wang conveys that in turn, this may reduce the risk of heart problems.

Battling inflammation: Inflammation can lead to many diseases, such as heart disease and diabetes. So, it’s important to keep inflammation at bay in order to lower the likeliness of these life-threatening complications.

Boosting the immune system: Cytokines are the chemical messengers in our immune systems, playing a huge role in keeping white blood cells stimulated and defending against illnesses.

Research by Ko SK, Jin M and Pyo MY on mice suggests that Chaga can help control the production of cytokines, meaning the immune system works better as cells can communicate efficiently. Consequently, the immune system may be able to fight infections and illnesses better, resulting in better health.

Increasing physical endurance: Drinkers of Chaga tea have claimed that their energy levels have dramatically risen, to the point where Chaga has replaced the need for their caffeine fix during the day.

A study conducted by Xiuhong, Your, Shuvan and Zhonghua showed that when mice were given Chaga extracts, they were able to swim for a longer period of time than the regular control group.

Lowering blood sugar: A study in 2006 found that when obese mice with diabetes ate Chaga mushroom for eight weeks, their blood sugar levels were lower. This implies that in the future Chaga could be a legitimate treatment for certain types of diabetics.

Whilst research has only been done in labs or on animals rather than humans, the benefits Chaga tea drinkers are seeing is extremely positive. Learn more about the Chaga mushroom and how to incorporate it into your daily routine. As always, if you’re thinking about consuming Chaga Life but have any medical conditions, speak to your GP first to be on the safe side.

Glossary – in order of appearance

Why Do Some of London's Best Known People Turn to Lady Chaga When They Desperately Need Their Health Sorting Out?

Type Your Primary Email Address In The Box and learn these tips:

For all curious inquiries, please contact us at info@chagalife.co.uk